VTT and Neonelektro Have Made LED Advertising Boards Light, Flexible and Energy-Efficient

"Flexible, light weight, and of an easily customisable size, the LED advertising panel enables the creation of a dynamic look for a large area applications, or those that require a 3D shape, such as vehicles," says Project Manager Eveliina Juntunen of VTT.

The OptIntegral project, which was completed at the end of January, used a hybrid integration manufacturing process (combining injection moulding and printed electronics), in which the flexible electronics substrate was immersed in an overmoulded polymer. Overmoulding protects the components and enables additional features, such as optical and mechanical structures to be integrated during a single processing step.

This technology was applied to the production of large area LED displays during the project. Overmoulding was used to add optical structures to the display elements, improving the visual appearance of the product. In addition, VTT's measurements indicate that overmoulding lowers the temperature of the LEDs by around 20%, which is significant in terms of the reliability and efficiency of LEDs. This makes the displays energy-efficient, lightweight, flexible and even three-dimensional. 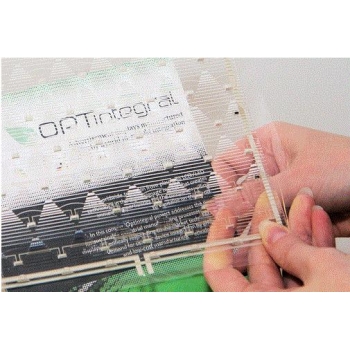