BLUE LIGHT from LED street lights is linked to a ‘significant increase' in the risk of breast and prostate cancer, new research has concluded.

A study led by the Barcelona Institute for Global Health and involving the University of Exeter found that participants living in large cities with heavy exposure to blue lights at night had double the risk of prostate cancer and 1.5 times higher risk of breast cancer. This was compared to populations with less exposure to blue light.

The researchers found the bluer the light emission that people in large cities were exposed to, the higher the risk of cancer. The study also found that people who lived in homes with darker rooms, by using window shutters for example, had lower risk than those who did not.

The study, published in Environmental Health Perspectives includes medical and epidemiological data of more than 4,000 people between 20 and 85 years of age in 11 Spanish regions. It particularly examined Madrid and Barcelona.

Indoor exposure to artificial light was determined through personal questionnaires. In the first study of its kind, outdoor levels of artificial light were evaluated based on night-time images taken by astronauts aboard the International Space Station. 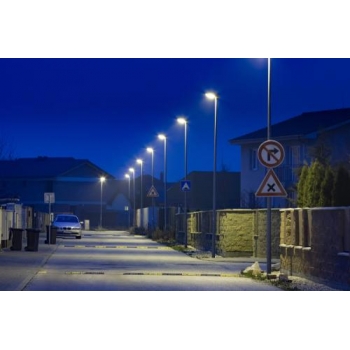