THE PROSPECT OF a slowing in the decline in prices for LED lighting, or even a reversal, was raised this week as it was revealed that lighting components will be included in a list of Chinese exports to be hit with US tariffs of 25 per cent.

Light emitting diodes, filament lamps and arc lamps as well as aluminium and solid-state electronic parts are all included a proposed list of 1,200 products issued by the Office of the United States Trade Representative.

The list, worth US$50 billion in revenues to China, is currently for public consultation until May, but it’s widely expected that the vast majority of items will remain.

The stand-out item from the list from the industry’s point of view is item number 85414020, light-emitting diodes. The presumption is that this extends to components including LEDs such as arrays, modules and possibly even lamps.

The inclusion will be a blow to the Chinese government, which has for over a decade identified the LED lighting industry as a key strategic sector for support. It, and the regional authorities, have given grants and state aid, including discounts on machinery such MOVCDs, used in the manufacture of LEDs, and other incentives such as free land.

While it appears that prices in the US will rise when the tariffs are implemented, what’s not clear is what will happen to prices in Europe. The fear among European manufacturers is that the US barriers will increase volumes which will in turn accelerate the fall in prices. 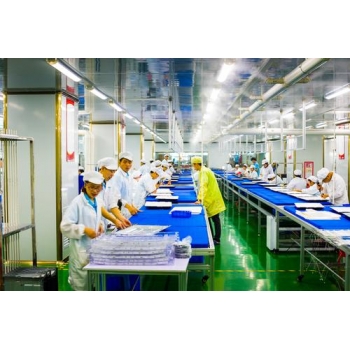