NURSES FROM two Danish hospitals have reaffirmed that avoiding blue frequency light at night can help with sleep.

In a pilot deployment of specially-tuned circadian lights that stripped out blue wavelengths at night to create an amber hue, 26 nurses that worked under those lights generally reported a better quality of sleep than those in a control group that used conventional white illumination, which includes blue energy in the mix.

The nurses, at neurological wards at Aarhus University Hospital and Copenhagen University Hospital, kept diaries and responded to a survey run by the hospitals in partnership with Aarhus-based Chromaviso, which supplied the human-centric lighting system.

All of the nurses worked at least one night shift per week.

The pilot was one of many early examples of the emerging concept of human-centric lighting, which calibrates lights at varying frequencies, spectral power, and intensities in order to suit different tasks or times of the day.

As a nascent science, human-centric lighting — it also goes by other names including circadian lighting and lighting for health and wellbeing — is still characterised by a mix of conclusive and inconclusive observations regarding the absolute effect of different settings. 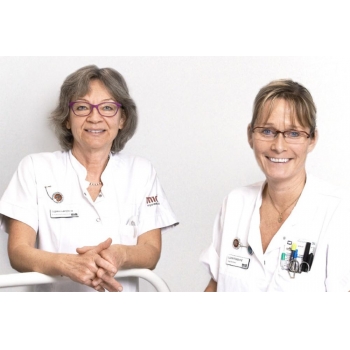