In contrast to previous studies, a New York trial in a public housing area shows an expected and dramatically significant correlation between crime at night and outdoor lighting.

It’s long been thought that better street illumination can reduce offenses, but there’s never been any rigorous evidence —until now.

In partnership with the Mayor’s Office of Criminal Justice, the New York City Police Department and the New York City Housing Authority, the scientific research team Crime Lab designed a six-month randomized controlled trial involving nearly 80 public housing developments, all of which had elevated levels of crime. About half of the developments received new, temporary street lights and half did not.

The study found that the developments that received the new lights experienced crime rates that were significantly lower than would have been the case without the new lights.

Among other findings, the study concluded that increased levels of lighting led to a 7% overall reduction in so-called index crimes— a subset of serious offenses that includes murder, robbery, and aggravated assault, as well as certain property crimes.

In contrast to previous outdoor lighting studies, the New York study shows an expected and dramatically significant correlation with crime at night.

Specifically, at night there was a 39% reduction in index crimes. Previous reports into lighting and crime undertaken in the US and the UK over the last two decades show a mixed picture, with lighting reducing crime in about half the studies but, significantly, not at night. The New York study, by contrast, shows an expected and dramatically significant correlation with crime at night. 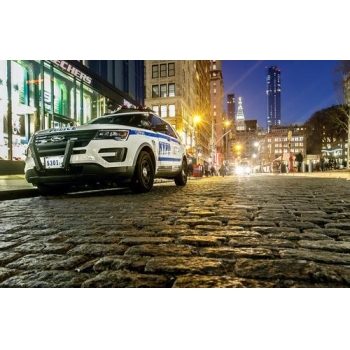