Improving The Efficiency Of Organic Electronics

Scientists from Chalmers University of Technology, Sweden, have created a clever new way to double the efficiency of organic electronics. Researchers believe this new innovation could help improve the effectiveness of plastic-based solar cells, OLED-displays, and bioelectronics — to name just a few.

Electronic devices rely on a function in their process known as doping. Doping is when impurities are woven directly into the semiconductor in order to help enhance its electrical conductivity. This process applies to both organic and inorganic semiconductors, although the process is a bit more complex for the organic ones.

But scientists think they’ve dealt with this issue, thanks to a process called ‘double doping.’ This method allows scientists to move two electrons to every dopant molecule, essentially doubling the conductivity of the semiconductor. 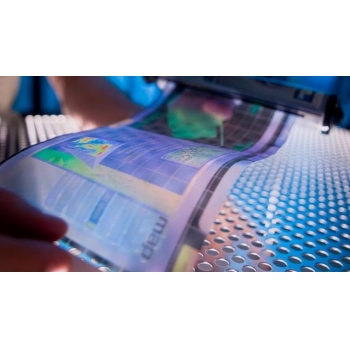