Daylighting in an LED World

No building strategy intertwines the disciplines of architecture and lighting as daylighting design does. Drawing on core principles of siting, solar orientation, and environmental awareness, daylighting gives basic form to architecture through illumination. “Daylight is the primary source for architecture,” says Hayden McKay, AIA, a New York–based principal at HLB Lighting Design and leader of the firm’s daylighting and sustainable design studio. “It has been over time and it still remains the first thing that should be considered in creating architectural forms and fenestration orientation.”

However, underlying any discussion of daylighting and architecture is the former’s ability to reduce a building’s energy consumption and improve its overall performance. This benefit emerged in the late 20th century, which saw the emergence of “energy-conscious architecture,” a phrase that describes a generation of building projects that incorporated daylighting design as the driver for energy savings and the analytical tools used to measure their performance, says Mark DeKay, an architect and professor at the University of Tennessee, Knoxville’s College of Architecture + Design, and co-author of Sun, Wind, and Light: Architectural Design Strategies (John Wiley & Sons, 3rd ed., 2014).

Since that time, energy efficiency and sustainable design have secured their place in the architectural lexicon with the introduction of stringent energy and building codes and marketable sustainable design metrics, such as the ratings of the U.S. Green Building Council’s (USGBC's) LEED system.

Critically, changes were also occurring on the lighting front. The switch to LEDs and the phaseout of incandescent sources, as mandated by the Energy Independence and Security Act of 2007, have forever changed the way in which energy performance arguments are made, particularly when specifying whole categories of light sources and associated fixtures. Simply put, lighting’s analog-to-digital paradigm shift has upended the industry. 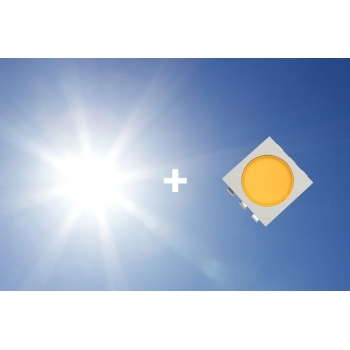