Age of Enlightenment: The Promise of Circadian Lighting

Reaching behind a low bookshelf slightly taller than a typical 5-year-old — and one topped with a Seattle Seahawks gnome and stuffed kangaroo — Sara Barbee presses a button labeled “Alert.” Intense bluish light fills her classroom, and nearly all 17 kindergarteners respond with a collective “Whoooaaaaa.” Barbee, their teacher here at Renton Park Elementary School, walks back to the front of the classroom and ushers the students to sit “crisscross applesauce” on the perimeter of a brightly colored alphabet rug. Front-and-center rests a water tank atop a small blue table, which Barbee uses to teach her students about the buoyancy of objects in water.

“Put your thinking caps on,” she beckons. “It’s a good thing we have bright lights on right now.”

Indeed, it’s not the buoyancy lesson that has drawn me to this school just outside of Seattle, but those funky new lights, which are designed to mimic the shifting colors and intensities of the rising and setting sun. Scientists believe that exposure to bright, blue-rich white light during the day, and to softer, amber hues at night, helps restore the human body’s natural circadian rhythm, a deeply ingrained, physiological drumbeat that, many experts argue, has been disrupted to ill-effect by our constant exposure to standard incandescent or fluorescent lighting — and more recently, to the relentless glow of electronic screens. 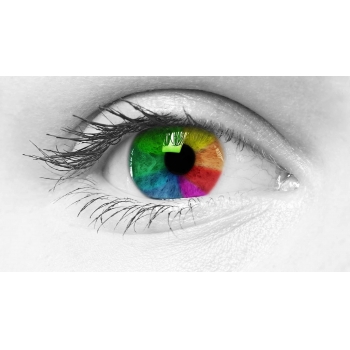