A place in the sun

As the price of photovoltaic (PV) panels continues to tumble and the requirement for cleaner renewable forms of energy grows, more and more of our energy needs will be met by PV-generated power. The IEC is a leader in the field of PV standardization which falls under the responsibility of IEC Technical Committee (TC) 82: Solar photovoltaic energy systems. The TC is publishing International Standards which facilitate market growth and global trade in this crucial sector.

The times they are a-changin’…Ecological concerns have boosted demand for renewable forms of energy across the globe and the production of solar panels is booming. Chinese manufacturers lead the way in a market dominated by Asian companies.

According to the 2017 Global Status Report on Renewables published by REN21, an international non-profit association which is part of the United-Nations Environment Programme (UNEP) in Paris, global production of crystal silicon cells and modules rose sharply in 2016, with China dominating shipments for the eighth year running. “Locked in a race to build bigger, more advanced factories to produce panels faster and more cheaply than their competitors, companies announced expansions throughout the year,” the report states.. 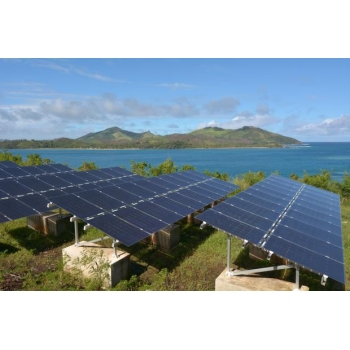