Pretty much since the inception of artificial light, people have been using and experimenting with it to alter settings and set ambience, to provide calm, to stimulate. Even if illumination has been the main stock and trade of the lighting industry, human effects have always been somewhere in the mix.

As Bob Karlicek, the director of Rensselaer Polytechnic Institute's Center for Lighting Enabled Systems and Applications (LESA), noted, "We don't have the expression 'mood lighting' for nothing."

But in the last few decades, scientists have come to a firmer understanding of how the spectral content and intensity of light can alter biological processes. Many studies have shown a connection, for instance, between blue-rich white light and the suppression of the sleep-promoting hormone melatonin, leading to many warnings about using LED-lit gadgets and computer screens, or even general illumination LEDs, at night.

Conversely, recent research has shown that blue wavelengths can excite a pigment called melanopsin that resides in the eye's non-visual photoreceptors (known as intrinsically photosensitive retinal ganglion cells or ipRGCs) and sends stimulating signals to the body's master clock that resides in the brain. 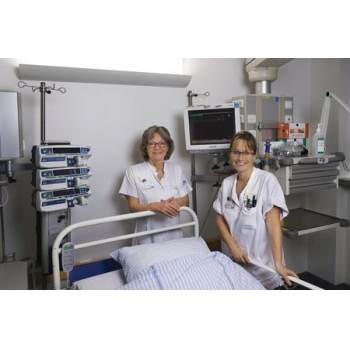