The European Union Scientific Committee on Health, Environment and Emerging Risks published research stating that there is no health risk for healthy humans to be exposed to LEDs in the normal use of lighting and display products.

The European Union (EU) Scientific Committee on Health, Environment and Emerging Risks (SCHEER) has published a lengthy draft report entitled “Potential risks to human health of LEDs.” The overall conclusion in the report states. “The Committee concludes that there is no evidence of direct adverse health effects from LEDs in normal use (lighting and displays) by the general healthy population.”

Of course, there has been a long debate in the lighting sector as to whether the short-wavelength blue energy peak associated with most phosphor-converted white LEDs can pose a risk to the human eye as solid-state lighting (SSL) usurps the lighting market. The US Department of Energy (DOE) has addressed the issue several times. And we published several feature articles on the topic including an article about IEC activity in the space. We also published a Q&A session on the topic following a webcast we held a few years back.

The EU had tasked SCHEER with studying the issue exhaustively with the specific direction to evaluate the impact of blue energy on human eyes and skin. The committee determined that typical human exposure to such blue energy from lighting and displays is far lower than exposure safety limits that have been previously established. And the report said the lack of ultraviolet (UV) light in LED sources may reduce the risk humans face from UV in other light sources including the Sun.

The LightingEurope organization has immediately championed the report. “LightingEurope welcomes the conclusion by the Committee that there is no evidence of direct adverse health effects from LEDs in normal use by the general population,” said Ourania Georgoutsakou, Secretary General of LightingEurope. “One of the key objectives of LightingEurope is to inform the market on good quality lighting and to support consumers in making informed choices. 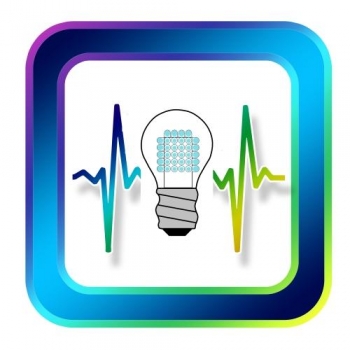